Saturday and Sunday were all about hanging out with bears.

After a nice slow start to the morning, I Metro'd back to Union Station to meet up with Seth (

slothel) at 11 for lunch. We've been online friends for ages and ages, so I was especially keen to finally meet in person.

We got along quite well. We have a lot in common temperamentally and like a lot of the same things, but also have enough differences to make it interesting. Also, we both have squinty eyes that vanish when we smile. It was a little strange hanging out with another Seth; it's a pretty unusual name, so it was peculiar to hear someone say it and not be referring to me. But yeah, he's good and I like him. Yay for upgrading friends! 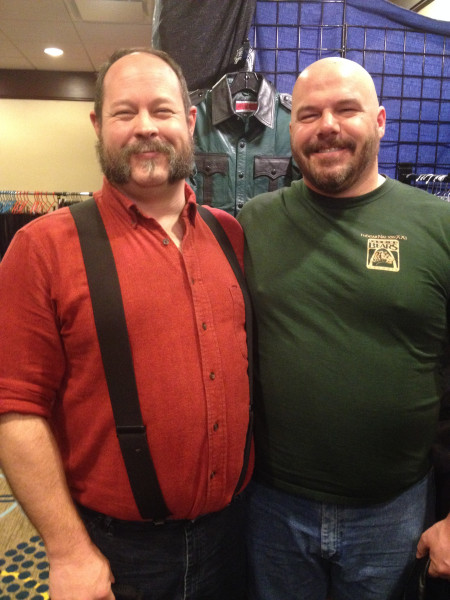 JD said we remind him of each other. I dunno, mayyyybe...

This was the weekend of MAL (Mid-Atlantic Leather) and Seth was interested in doing some shopping (and seeing lots of people he knew there), so after lunch we strolled over to the Hyatt, conveniently running into Ian (

bear_left) on the way, who we'd been hoping to meet up with. We paid for wristbands and then wandered around the vendor floor for a while.

The vendor floor was crowded and warm and boy howdy did a lot of cows die to produce all that merchandise. There were quite a lot of pretty things that cost a whole lotta money. It was also fascinating from a people-watching standpoint; at the same time that I was appreciating the whole experience as itself, it also kinda made me want to have a cultural theorist on hand to expound on, like, the semiotics of it all, and how often do you get that impulse?

After seeing enough stuff that was too expensive to buy and deciding we were getting overheated, we wandered back out to the lobby and loitered for a bit seeing people (in both the literal and figurative senses). It was neat to see all the sub-sub-cultural variations in development, like the steampunk-y leather guys, and the superhero themed folks, and the guy whose fetish gear would double for renfest drag (hey, if you've got two expensive hobbies, might as well make them work together). We also ran briefly into Randy (

lostncove) and made plans to get together later on. 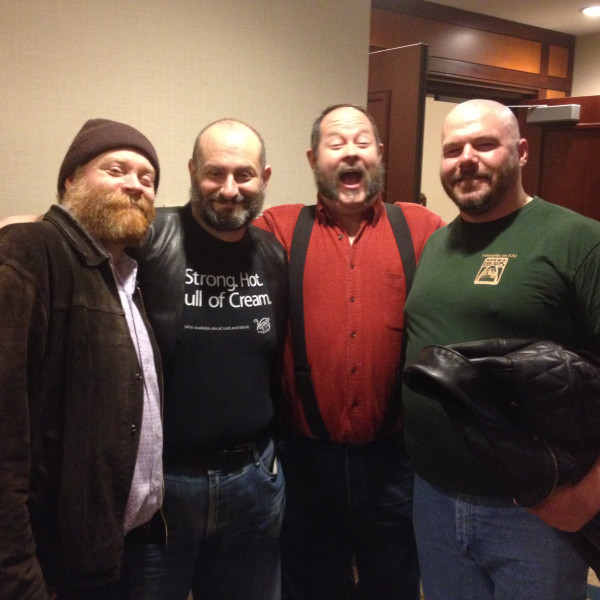 Seth and I then wandered off to do a little tourist-y sightseeing. I got to see his favorite art piece, Monkeys Grasp For The Moon at the Sackler Gallery, and then we poked around the Hirshhorn for a bit. We wandered back over to the Hyatt around 5 and eventually met up with Ian for dinner. We walked a ways to go to Legal Sea Food, but the wait was too long and we had fancy Mexican at a place near Chinatown. It was tasty, and kind of exotic for me, because although we have plenty of good Mexican food here in Colorado, I never get it at upscale kinds of places.

There were early-morning renovations going on back at Seth's place, and since we were planning on hanging out on Sunday, too, I offered as how he could spend the night at the hotel with me, so we spent the rest of the evening hanging out. Overall, 'twas a lovely and delightful day all ways round.

Sunday morning I got packed up and checked out of the hotel, leaving my bags with the bellhop, and then we set out to meet Randy for late brunch / early lunch. We initially went to the wrong Metro station (Randy was still at the host hotel, not back at the place he'd be staying later on in the week) and I became very glad that I'd brought my parka, because it got really cold and started snowing a little. But back again to Union Station and thence to lunch, where we had a great conversation about plays and literature and community and culture and stuff like that.

From there, we went our separate ways, me back to the hotel to get my bags and back again one final time to Union Station to catch the train back to BWI. The rest of the day was lots of travel and waiting to travel, all of which went smoothly. I got Pinkberry at the airport. My flight got in at 9 pm Mountain and I was (and am) very glad to be home with my Monkey.
Collapse